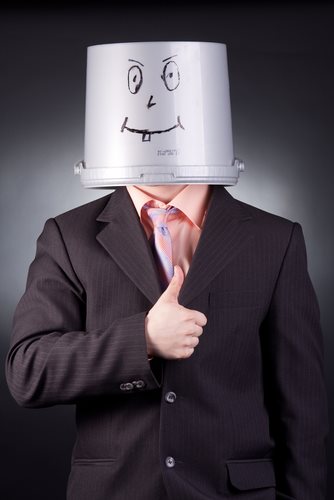 In America and abroad many laws exist within state and national constitutions that are many times outdated, circumstantial, or just plain ridiculous. Many of these laws were written during a time when life was a lot simpler. A law that existed in the nineteen twenties or even earlier, does not apply to society today. Since life has become increasingly complex, these crazy laws are very rarely used in a court of law. Crazy laws without relevance today are rarely used and are often very miscellaneous in nature.

In Salt Lake County Utah it is illegal to carry a violin in a paper bag.

In Massachusetts it is illegal to go to bed without bathing, however, in the same state, law prohibits bathing on Sundays

In New York when a person jumps off a building it is against the law and they are sentenced to death.

In Alabama it is illegal to wear a fake mustache to make people laugh in church.

In Alabama it illegal to throw salt on railroad tracks, and death is the penalty.

In Los Angeles courts it is illegal to cry on the stand.

In California it is illegal to bath two babies in the same bath at the same time.

No alcoholic beverage is allowed within five hundred fee of a cash register in a store that sells both alcohol and gasoline in California.

In Saratoga, Florida no citizen can sing and wear a swimsuit at the same time.

In Illinois it is illegal to walk around without one dollar on them. If a citizens does not have at least one dollar in their possession, they will be charged with vagrancy.

In Kentucky every citizen is required to take a shower once a year.

In Louisiana a woman’s’ husband has to wave a flag in front of her car before she can drive it anywhere.

Crazy laws in Indiana prohibit gossiping, and talking bad about others behind their back. Additionally, anyone (14 and under) who curses, damns, or swears by the name of GOD, Jesus Christ, or the Holy Ghost, are fined two to three dollars per offense. They will also be charged a maximum fine of ten dollars a day.

Some Crazy laws regarding indecent exposure are often outdated and irrelevant.

In Bozeman, Montana it is illegal to have sex in your front lawn after sundown.

In Devon, Texas the law prohibits anyone from making furniture while in the nude.

In Florida a man wearing a strapless dress, is breaking the law.

In Florida oral sex is illegal.

In Minnesota it is illegal for a human to have sex with a fish.

In Tennessee it is illegal for any woman to call a man for a date.

In Montana it is illegal for a woman to wear a corset.

In Massachusetts it is illegal to have sex with a rodeo clown.

In Utah a person can have sex with an animal as long as it is not for cash.

In Kentucky all nude people in a household must be registered with the state.

In Washington, a law prohibits anyone from having sex with a virgin under any circumstances, including the wedding night. Another law in Somoa prohibits a husband forgetting his wife’s birthday.

Crazy laws often echo the past and were only relevant in times before the industrial revolution.

In San Fransisco it is illegal to pile horse manure higher than six feet on a street corner.

Additionally, in Wilbur, Washington it is illegal to ride an ugly horse.

In Arizona a man may not beat is wife more than once a month.

In Tuscan women may not wear pants.

In Arkansas is illegal for any women teachers who “bob” their hair to get a raise.

In California, bathhouses are against the law.

In Blythe a citizen cannot wear cowboy boots unless they own two cows.

In Denver it is illegal to fly over any body of water unless carrying large supplies of food and water.

It is illegal to say “O Boy” in Jonesboro, Georgia.

Crazy laws in Georgia say it is illegal to cut off a chicken’s head on Sundays, and also walk down the Broadway street with chickens held upside down by their feet. Additionally, it is illegal to eat a chicken with anything other than a persons hands.

Crazy laws exist regarding driving in different states, that are very outdated.

In California it is illegal for a car without a driver to be going over sixty miles per hour.

In Tennessee it is against the law to drive while sleeping.

In Alabama it is illegal to drive while barefoot.

Car dealers may not sell cars on Sundays in Colorado.

In Long Beach cars are the only items allowed in the garage.

In Illinois it is illegal to enter the state before contacting the police.

In Indiana it is illegal to pass a horse on the street.

Crazy driving laws in Idaho prohibit a police officer from walking up to a vehicle when he suspects that the occupants are having sex. He must honk three times and flash his lights before approaching the car. If the police officer fails to do this, any charge given to the occupants is null and void.

Crazy laws exist in every state, for many different reasons. Some other crazy laws are off the books for good and do not apply apply to state law. In most states, when police officers try to force these and other crazy laws on people, the decision is appealed due to the lack of relevance that the law has on the situation.