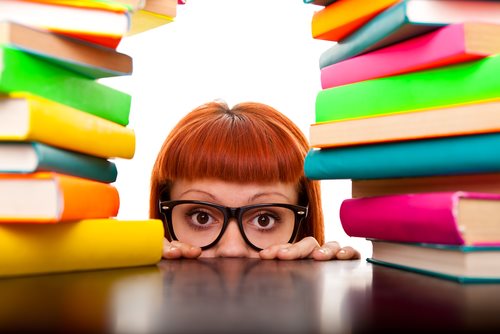 The root of all comedy is absurdity. Law has always been an exalted institution since the days of Babylon. Laws are intended to serve the purposes of the greater good. However, sometimes that greater good may seem strange, unclear, or archaic. It leads one to wonder where these funny laws came from in the first place. Laws regulate all forms of human interaction and protect people from all forms of harm.
Political scientists and philosophers always had an admiration for the rule of law and the law’s ability to control. However, some of these laws fail in their ability to control behavior because they are enforceable with the consent of the public. Most websites covering funny laws exclusively discuss funny American laws; but there is an entire world of funny laws out there. Funny laws are truly an international phenomenon, proving that Americans are not the only people capable of silly legislation.
In Singapore, a person who is guilty of littering three times, must clean the streets wearing a bib that reads “I’m a litterer”. This form of public humiliation apparently works as Singapore is one of the cleanest countries in all of Asia.
In the United Kingdom, a law from the Middle Ages is still on the books that requires all males over the age of 14 to be trained in shooting a long bow. This is a funny law that remains on the books to this day and dates back to a time when England did not have a professional military.
The law apparently paid off at the battle against France at Agincourt in 1415 where English long bowmen dominated. The Battle of Agincourt is also known as the place where the English long bowmen taunted French prisoners of war with the finger used to pull the bowstring.
It also illegal, in the United Kingdom, to die in either house of Parliament. Scottish homeowners must allow entry of people who need to use the toilet. In Wales, it is illegal to call any Welsh person English.
A 1366 law from Ireland prevents English people from marrying Irish people.
Bangladeshi children, 15 and older, can be sent to jail for cheating on their final exams. This funny law is apparently a no-laughing matter; apparently, a blemish on one’s permanent record can give someone a criminal record.
In Australia, men are free to cross-dress as long as their dresses are not strapless. The reason behind this funny law is possibly a measure to prevent a cross dressing male’s wardrobe from “malfunctioning.”
In Florida, USA it is illegal for a divorced or widowed woman to skydive on a Sunday afternoon.
In Switzerland, it is illegal to flush a toilet after 10PM. Also, people who forget their car keys in an open car will be subject to fine.
In Canada, any comic book that depicts illegal activity is banned.
In Argentina, there is a law that states that Argentine night clubs must play the same amount of tango music as all other forms of music combined. Talking about having passion to dance the national dance.
It is on the books in China that a person must be intelligent to go to college.
Married New Yorkers cannot get divorced on grounds of irreconcilable differences unless both marriage partners agree on those grounds.
Lawmakers in Tennessee passed a law that makes it legal to carry a loaded firearm into a bar. It might be more appropriate to call that one a stupid law rather than a funny law but there’s a thin line between funny and stupid.
In Denmark, it is legal to escape from prison. However, if a fugitive is caught, that prisoner must serve the remainder of his or her sentence. Quite frankly, what is the difference? Not all funny laws have to be archaic.
In Norway, there is a law that protects all female dogs and cats from being spayed. Only male cats and dogs may be neutered. Norwegians are very proud of their Viking heritage that they forgot to change some of their oldest laws.
An example of a ancient Norwegian law still on the books is the law that obliges all Norwegians to go out on expeditions to rape and plunder at least once every five years. The comedy of this law is that it is still on the books, as Aristotle once said, “Ancient laws remain in force long after the people have the power to change them.”
In France, it is illegal to name a pig Napoleon. Apparently, this is disparaging to the name the great French general and emperor.