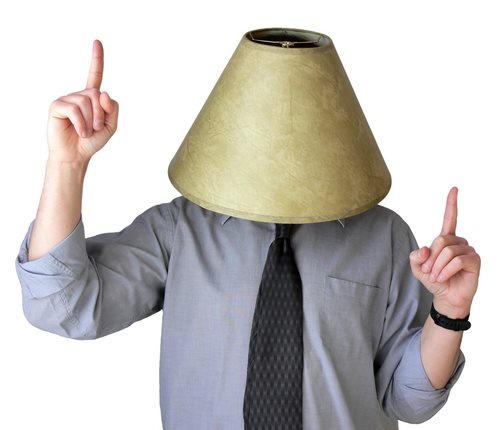 Wacky laws are, for the most part, rules and regulations of a time passed that are still on the books but have been forgotten. At one time, these laws had a practical application. However, they are now inconsistent as a means of achieving the greater good. Wacky laws are a product of a changing society that no longer need the protections as written in the legal texts. Some wacky laws clearly had a practical need and could be explained in a historical context. Other wacky laws regulate seemingly benign behaviors.
Many of these laws reflect the politically incorrect attitudes of times past and are funny as a result of their incongruities with the modern socio-political climate. The best wacky laws are the ones that do not have any explanations. The Internet is laden with websites that discuss wacky laws that remain on the books. Many of these websites warn their readers that the purpose of publishing wacky laws is for entertainment purposes only because they are not legal scholars.
It would be impractical to discuss wacky laws with a lawyer, even on his or her free time, because it is unlikely that they have ever made practical use of those laws. Chances are that police officers, lawyers, and even judges have similar attitudes towards wacky laws since the cases involving these laws are seldom instances if not all.
Iconographic depictions of Lady Justice attribute qualities of fairness, equality, and non-bias to the abstract concept of justice. Pragmatism is often associated with a non-ideological approach to law. Laws that function best are often pragmatic. Wacky laws, however, do not fit these qualities of the civilizing effect of the rule of law. It should be remembered that even lawmakers do the occasional social faux-pas of drafting wacky legislation.
Wacky laws are a result of both carelessness and stupidity. The publishing of wacky laws on the Internet has embarrassed many local and state governments and they have appointed measures to strike these arcane laws from the law books. Other jurisdictions have resolved to keep wacky laws on their books because they enjoy the humor of these laws. Wacky laws prove that anything could be funny and should be read solely for entertainment purposes.
The following are the top twenty wackiest laws in America compiled from the wacky laws commonly discussed on the Net.
20. Fairbanks, Alaska has a law that bans moose from engaging in sexual intercourse.
19. Hallucinogenic drug peyote may be used in religious ceremonies among members of certain Native American religious organizations in the United States. The drug may only be taken for sacramental purposes. The Supreme Court case US v. Warner (1984) confirmed the legality of this practice due to its connection to the First Amendment.
18. Nudity is banned in Stanford Crest, Florida unless nudity is required in a “bona fide” theatrical performance.
17. US federal prohibits the decimation of false weather reports. This law protects the public from panic resulting from false reports of severe weather. Weather reports are predictions based on mathematical calculations and are thus subject to inaccuracies. Proving a weather report false is therefore extremely difficult but the FBI has investigated people who submit false reports to the National Weather Service.
16. A law that survives from the English Colony of New Haven, now Connecticut, 16-year-old boys may be put to death for disobeying, striking, or cursing his parents. Other rebellious behaviors apply.
15. Dog catchers in Denver, Colorado must notify dogs three days in advance of catching them. He or she must do this by posting signs where it is visible to dogs.
14. A car door may not be opened for longer than necessary in Oregon.
13. Killing dogs in retaliation for attacking chickens is legal in Michigan. All methods of killing the canine are legal with the exception of decompression chambers and electrocution.
12. Shooting ranges may not have targets that resemble the human form in Massachusetts. Only exception to this rule are police shooting ranges.
11. Condoms may not be sold in vending machines in Maryland except in places in which alcohol is sold for consumption.
10. Bear wrestling is illegal in Alabama. Any act associated with the odd sport is illegal; that includes training and promoting.
9. Toledo, Ohio has a law on the books that bans women from wearing patent leather shoes in public.
8. Road kill may be taken home for food in West Virginia. Passed by the West Virginia State Legislature in 1998, one of the more recent wacky laws.
7. No vehicle without a driver may exceed 60 miles per hour in California.
6. As long as there is a chaperon, a sheep may not ride in the cab of a truck.
5. The City of San Francisco has a copyright on its own name. Anything published with the name San Francisco must pay royalties to the city for the use of the name.
4. It is illegal to shoot game from a moving vehicle in Tennessee, except whales. That does not read like a wacky law considering that Tennessee is a landlocked state.
3. Alabama marriage law stipulates that a person performing a marriage rite is entitled to $2 fee per marriage.
2. Pet rats are illegal in Billings, Montana. Therefore, selling, keeping or giving away rats as pets is illegal. However, the keeping of rats for laboratory purposes is legal.
1. In Baltimore, MD it is illegal to scrub or wash a sink. No matter how dirty it gets, the act of washing a sink is illegal.